This is not implemented yet, but is very high in the priority list for new features.

Yes, I’d love to see an example of this. In the meantime time if anyone has any pointers to explore more how streaming audio over USB would work, that’d be great to see…

Looks like there is some STM32 Cube example code that enables USB audio streaming.

I might be messing with this soon too. Will update if I get anywhere 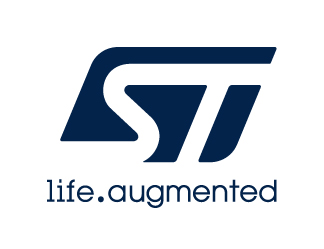 @tenkai I’ve run some of the discovery board usb audio examples before with sucess, and I think I got a few really basic tests running on one of the first daisy prototypes. Excited to see what you come up with when you start messing around with it.

I’m planning on getting around to adding some libdaisy support (for Audio and for MIDI) in the next few months. It’s just after rounding out the basic peripheral support, and adding better support for QSPI (as storage, or extra code-space) on my list of features-to-get-to.

A few months sounds way too optimistic. I can believe that it would appear in second half of next year or so.

That said, I’ve got USB audio working on OWL port for Daisy Patch. If truth to be told, I’ve only added support for using 2 separate audio buffers for Patch, the rest was done in upstream branch. This still hasn’t been released for any Rebeltech devices, because there are several unresolved minor issues.

I would expect libDaisy to get a MIDI-only USB endpoint support first for device and host before trying to get a working composite audio + MIDI support. Audio interface support would take more time to get working on every OS and may require changes to audio processing (i.e. for sharing DMA buffer with codec).

Admittedly, I do have a habit of underestimating how long things will take. What I probably should have said is that I plan on starting work on it in a few months, once I’ve gotten through the other stuff I mentioned first.

Good points, though, and interesting note on having it it working on the OWL port already. I may take a look at that a bit before digging in for libdaisy.

And your expectation is accurate; the plan will be to add MIDI-only first, and then flesh out a composite class after that.