Looking for a noise gate algorithm

I’m looking for a noise gate algorithm, similar to how Logic Pro’s noise gate works. For example removing the snare and hi-hat bleed from a kick drum mic. If anyone can share or point me in the right direction, I’d appreciate it!

You can get Noise Gates implemented as Pure Data ‘patches’,
for example:

This file has been truncated. show original

and there is a more or less doable way to convert most of them to C, see 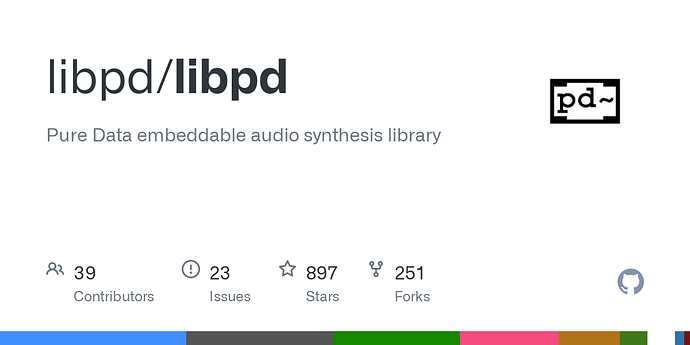 There might be easier ways, I haven’t done this.

Cool, I’ll check it out, thanks!

also - there is a pd2dsy utility to make things easier - see the Pure Data topic under ‘integrations’ in this forum.

So I found a noise gate example, in a Dynamics processing patch, from the Max audio app by Cycling '74.

I broke down the steps, from the patch, as follows…

The cool thing, minus some distortion at certain settings, the gate is working. I have an audio sample from my kick drum mic which contains snare and hi-hat bleed, adjusting k1 - threshold and k2 - knee I can remove the bleed. But I do have a few questions…

Apologies for the wall of text

any help or thoughts would be appreciated, thanks!

While it’s not a simple one off noise gate - I wrote this a while back - and does work really well as a noise gate! 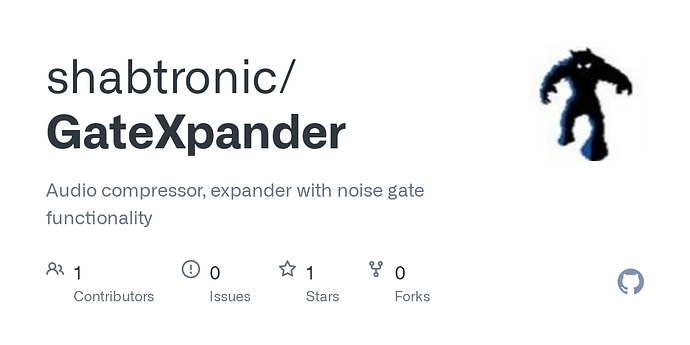 The one I’ve written is very similar to the dynamics processor you’ve posted. It’s a classic way to get high quality gating without the snappy signal cut off - it’s a really great way to do it. And you can use the core code to do other freaky fun stuff.

You could also smooth the knee to reduce the distortion when the waveform crosses the threshold. Just add the following between steps 11 and 12:

Nice, thank you that helps!