I made a Daisy Seed symbol and a footprint for KiCAD 5, if anyone is interested. I’m not totally sure about the naming, so feel free to comment any issue so I can fix it. 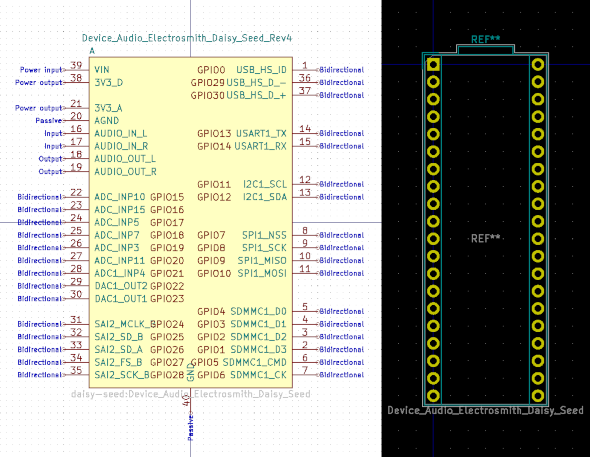 thanks for this!
unfortunately, the link does not work in chrome since the site you link to is considered insecure…

maybe put it on github?

Hey, I’m unable to open the link as well - Would really appreciate this <3

It works here… Make sure your browser is able to open http links, sometimes they have settings preventing to open unsecured http URLs.

Has anyone tried this with KiCAD 6? The schematic symbol works fine, but when I try to load the footprint I see this… 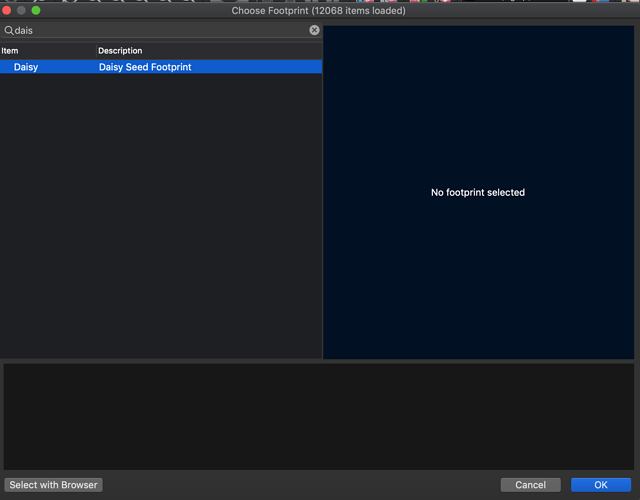 Not sure if it’s related, but I see this error when I run the ERC 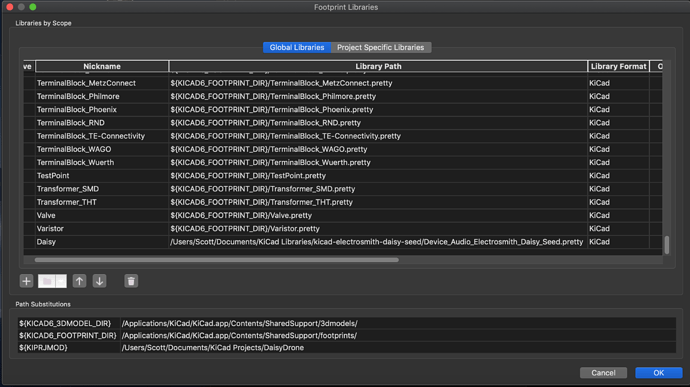 It does appear to be working fine KiCad 6, as I tried on another machine. So must be a setup issue on this particular computer. Weird…

Hi @Firesledge, I’ll be adding some unrelated components to the KiCad symbol library soon for a Daisy project. Would you be ok with me submitting this as well? I may have to change some of the formatting to fit their convention too.

Of course! Thank you.

Thanks for sharing this! Would you be ok with me adding the symbol and footprint in a project, that will be publicly hosted (open source)?

Sure, but you’d probably better use the symbol and footprint @jrtrzeciak is submitting for the official KiCAD library.

Thanks, @Firesledge. I meant to post those links once they were accepted, but they have quite a backlog to get through.

Thanks! Will do once they are available!

Hey, it’s been a while, but the footprint was finally accepted. I guess it will be in the next release? They haven’t gotten to the symbol yet though. Maybe both have to be accepted before they are included in a release?

Thanks I ended up using this in my KiCad project. Worked great!