I have followed the instructions exactly, and used Zadig to put WinUSB on my Daisy Seed. It shows up as “DFU in FS Mode” in device manager. However, it does not appear in dfu-util, and does not show up as DFU in the web programmer. 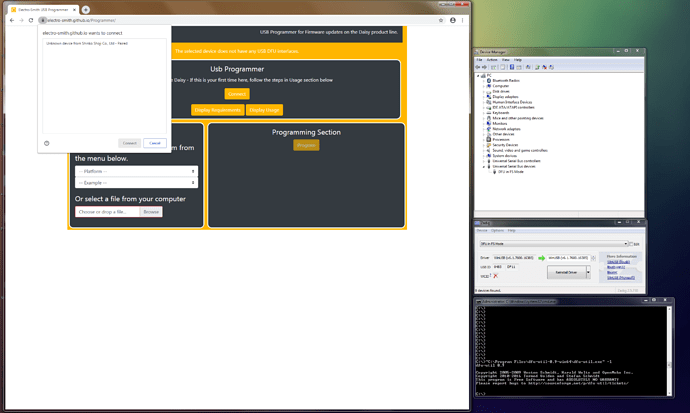 I was able to get the web programmer working by enabling Chrome’s “new USB backend” as described here: https://github.com/WICG/webusb/issues/143#issuecomment-540581908

Still no luck on dfu-util, however